You can analyze the results of the webpack package by executing npm run preview -- --report and observe the size of each static resource. You can find that the most occupied space is the dependence of third parties. Such as vue, element-ui, ECharts, etc.

You can use the CDN link to introduce these third-party libraries, which can greatly increase the speed of the build (the resources introduced through the CDN are not packaged by webpack). If your project does not have its own CDN service, use some third-party CDN services, such as unpkg, etc. It is a good choice, it has provided free Resource acceleration. At the same time, it provides cache optimization. Since your third-party resources are introduced in html through script, its cache update strategy is controlled by you manually, eliminating the need to optimize the cache strategy.

Many articles say that the use of CDN can greatly reduce the size of the code, which is impossible. Although the packaged bundle is small. But that part of the code was just removed by you, and it was introduced using the CDN method. The most efficient solution you want to reduce the size is to enable GZIP.

# I personally do not use CDN

There is no problem with the temporary build speed, and there is no need to strip some of the third-party dependencies separately. Using CDN equals some third-party dependent versions you control through package.json, some dependencies require manual maintenance, adding some maintenance costs. At present, the webpack-based optimization.splitChunks has been optimized for the caching of resources, and the caching of static resources has been done very well. And all current static resources will be uploaded to their own CDN service, there is no need to use a third-party CDN service.

Of course, all optimizations need to be adjusted in conjunction with their specific business! If you feel that the use of CDN is beneficial for your project, you can follow these steps:

Then configure the CDN of those third-party resources, please pay attention to the order.

Then inject it into index.html via html-webpack-plugin:

Find public/index.html. Inject css and js in turn through your configured CND Config.

There is also a small detail. If you use the global object method to introduce vue, you don't need to manually Vue.use(Vuex), it will be mounted automatically. issue

Finally you can use npm run preview -- --report to see the effect as shown: 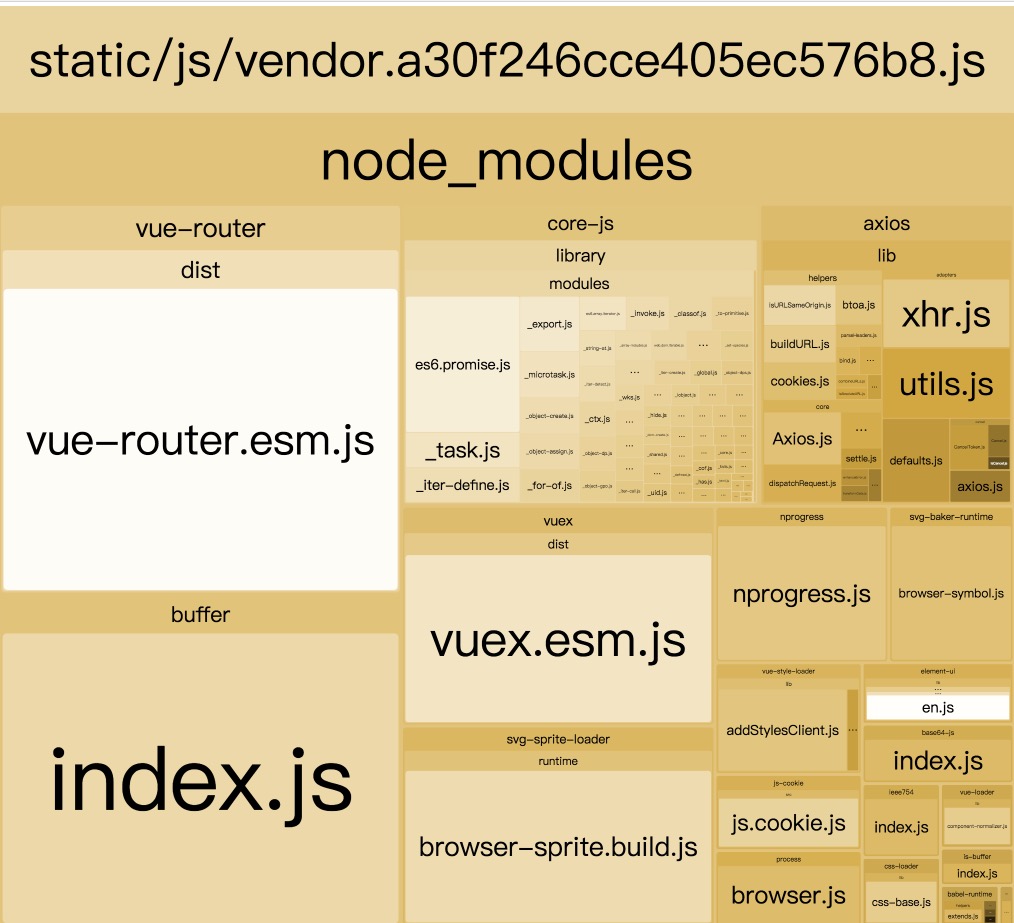